As the year-end sale adverts come flooding into our Inboxes and delivered to us in print form, it can often be confusing as to which computer you want to buy.  Here is an explanation of most of the jargon you’ll want to compare when looking at pre-built computers. 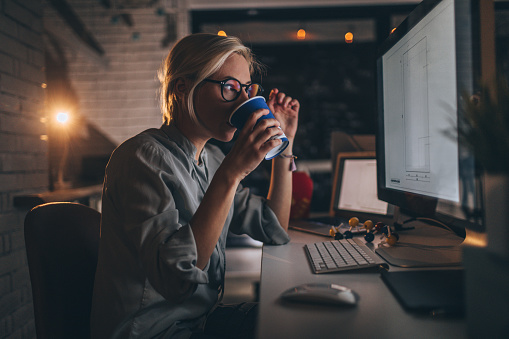 Processor / CPU: This is the “Central Processing Unit” or otherwise the “main chip” of the computer.  The faster the CPU is, the overall greater speed at which the computer can complete tasks.  The CPU speed is measured in gigahertz (GHz).  Modern CPUs will have a number of “cores” built into them.  Grotesquely oversimplifying it, a core is a processing unit of CPU.  One physical CPU chip, that you can hold in your hand, will have multiple cores.  All cores work together to complete the functions the computer has to do (running Word, browsing the web) – think of the phrase “many hands make for short work”.  It’s common for a CPU to have 4, 8 or more cores.  Each core can also support multiple “threads”.  Think of a core as a person and each person can do up to two things at once.  It’s easy to get too deep in the weeds.  You will want an Intel i5 or i7 CPU.  Intel makes an i3 CPU but it’s low end.  Intel is on their 9th generation of CPUs: i3, i5, i7 and new this year, the i9.  It doesn’t make sense to get an i9 CPU.  Sure, it has the fastest running speed at 5GHz but speed:price is extremely high.  An i5 or i7 running at/near 3GHz+ is what you’re looking for.  AMD is Intel’s direct competition.  The CPU to look for from AMD is their Ryzen family of CPUs.

Hard Drive Storage:  Disk space for storing user-generated content (Word, Excel, Outlook files) and installing programs to is what I’m referring to here.  Not to be confused with RAM.  RAM is volatile – meaning, when you turn off the computer, everything in RAM is erased.  Disk storage is non-volatile.  The two types of disk storage are solid state drives (SSD) and hard disk drives (HDD).  SSDs are new in the past few years and are extremely fast compared to a (now what we call “legacy”) platter, aka HDD, drive.  HDDs are mechanical – meaning, they have little platters that look like CDs that are enclosed within the disk enclosure and a head, sort of like a record player, reads the content off the platter as the platter spins at 5,400, 7,200, 10,000 or 15,000 RPMs.  Desktop HDDs are in the slower range of RPMs.  Even a fast HDD can’t compare to the speed of a SSD.  SSDs are purely electrical – no moving parts.  Navigating and playing an MP3 is faster than navigating and playing content on a reel-to-reel system.  Once again, mechanical vs electrical.  When looking for a new computer, spend a few extra dollars and opt for an SSD.  Storage capacity is measured in gigabytes (not to be confused with gigabits) or GB for short.  If your home PC has 1,000GB, also called 1TB (terabyte) for storage and you’re using 50% of that or, 500GB (roughly) then when you get another PC, you’ll want to get an SSD with 500GB or more.  Manufactures are still using the “Hard Drive” nomenclature to describe SSDs as well as SSD’s replacements: M.2 drives.  Briefly: M.2 are basically the same as SSD – just a much smaller physical size and usually faster than SSDs.

Memory (RAM): With Windows 10 you’ll want at least 8GB of RAM.  RAM is the temporary work space the CPU uses to perform tasks in very quickly.  When the RAM is all used up (meaning the computer is working on a lot of different things all at once and it needs temporarily space to work in) it then creates temporary working space within the storage system.  Ideally, you’ll want enough RAM to never have to use your disk storage as RAM but often times the consumer doesn’t want to purchase 24GB, 32GB,64GB of RAM, or more, to accomplish this goal.  Years ago, when HDDs were “king”, you could always tell the time when the computer began to use temporary swap space on the HDD because the machine felt “slow”.  Now with the introduction of SSDs, this is hardly ever noticed.  RAM is faster than SSDs.  RAM is also measured in gigabytes (GB), the capacity, and megahertz (MHz), the speed at which it runs.  You can never have too much RAM but you’ll definitely feel it when you have too little.  Start with 8GB as the minimum.

Video Card:  With general business use, excluding CAD, medical and other specialized fields, the built-in video card of the computer is sufficient for use.  The exception comes in when you want to hook up multiple monitors to the computer.  It can get confusing when hooking up a new monitor to an old computer and vice-versa.  With today’s modern computers you’ll want to make use of HDMI or DisplayPort connections.  These are digital and send a very clear, crisp picture to the monitor.  If the monitor supports this format then you’ll want cables for this.  Most computers will have the ancient VGA, analog, output port as well as a modern type plug.  Some monitors still support VGA and some only support new hook up types.  You’ll need to pay attention to this: computer output vs monitor input.  There are always adapters to convert if needed.  Next is the video card itself.  If the computer has discrete graphics, meaning an add-on card, it will either be from Nvidia or AMD.  In the NVidia family you’ll want something in the GeForce 1050+ family.  In the AMD camp, you’ll look for Radeon 500 series.  And of course, the graphics card also has RAM on it.  This really only gets important when you’re gaming or using one of the specialized fields mentioned above.  Built-in graphics, meaning the graphics chip is soldered to the motherboard, are usually of the Intel brand, but others do exist, including AMD and Nvidia.  For the Intel family of built-in video cards, you’ll want something in the 600 series.

Operating System: Windows 10 – do you go with Home or Professional?  The difference is that if you’ll be joining the computer to a corporate network, you’ll need Pro.  Otherwise, stick with Home.  There are no performance gains or losses for either version.  I doubt you’ll find a new computer with Windows on it that is not 64-bit, but I’ll just throw this in to make you aware of it.  You’ll want the 64-bit version of Windows.

Optical drive: This is in reference to your CD, DVD, Blu-ray or combo there of drive.  It used to be common to always include an optical drive in a new computer but now everything is downloaded so use of this technology is fading – fast.  More than likely the computer manufacturer will include this in their build.  If you absolutely need an optical drive and the PC you want doesn’t have it, it’s simple to buy an external unit and plug it in when needed.  If you keep important backup files on CD or DVD, you’ll have to have an optical drive (optical drive means it shoots a laser at the media in order to access data stored there on.  Not to be confused with a hard disk drive which uses magnetism to access data on its medium.).

Office:  You will want to get Office 365 Home.  It allows you to have the Office suite of applications at your fingertips.  It allows for 5 installs of the suite using one license.  It’s $99/year.  If you don’t want the recurring payment and if staying current for the latest version of Office isn’t important then do a one-time buy of Office 2016 or latest version, 2019.  That will cost you approximately $230 to $400 depending on which Office suite you need.  These can both be purchased from the Microsoft store after time of purchase.  Amazon also carries the one-time-purchase version of Office.

Wireless:  Wireless connectivity makes connecting to your home network easy if a wire doesn’t already exist.  Wireless, by nature, will incur a slight lag in the connection compared to a hard-wired system.  Will you notice that lag?  Really only if you’re playing an online game.

Warranty Support:  Personally, I never buy the “big box” add-on warranty at time of purchase.  The only warranty I will ever get is from the manufacturer.  If purchasing your computer directly from the manufacturer, read the fine print on what each warranty plan includes.  Normally, a one-year warranty is enough: if the PC doesn’t die within 90 days of turning it on, it holds a strong chance it will live many more years.  This used to be especially important and true of computers with, legacy, HDDs.  If the price is good on the warranty, go for it.  With Dell, and probably with others, you can buy a machine from a big box store and then purchase an additional warranty from Dell just as you could if you were to have bought from Dell direct.

Webroot, ESET, Panda, F-Secure, Trend Micro, Bitdefender and believe it or not, the Microsoft built in AV.  Microsoft has really stepped up their game of late.  Ones to avoid: McAfee, Quick Heal, Emisoft, Kaspersky Lab, K7, Norton, Symantec.